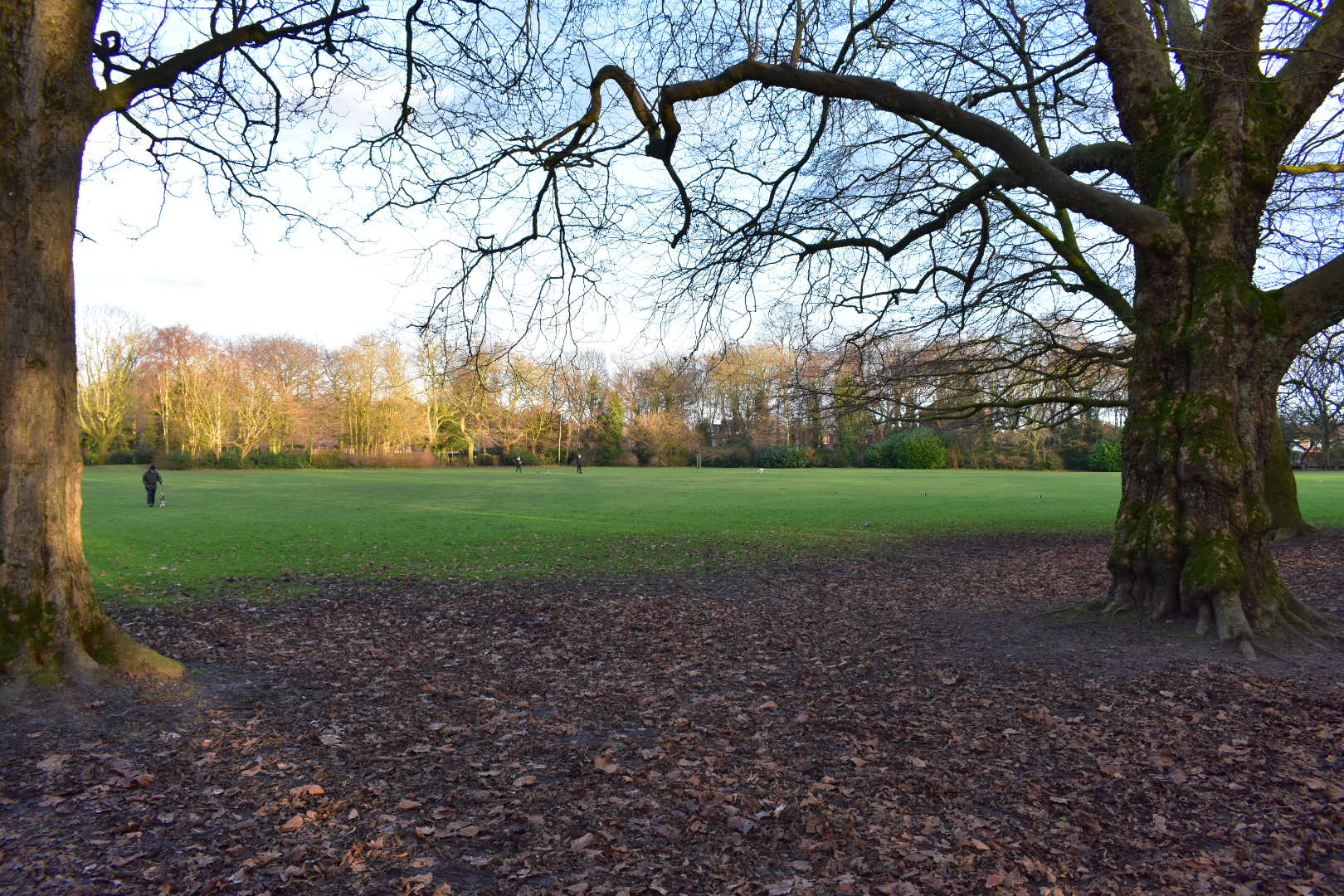 In early 1897 a committee appointed by the Urban District Council met to consider providing open spaces to the Sale public, a follow on from the movement of creating recreational public parks. They highlighted a 16 and a half acre site where the facilities would provide open spaces for games, bowling greens, quiet resting places, garden seats, etc. Whilst the park-like character of the ground was also considered.

Unfortunately, ratepayers at the time decided it was a waste of resources, however, an anonymous donor stepped forward and funded the purchase of the land for £7,000.

A famous local engineer, Mr. A.D. McBeath designed and laid out the grounds of the Park whilst the buildings were designed by his equally renowned architect son Robert McBeath.

On 30th June 1990 Sale Park was opened by Mrs. Mary Worthington of Sale Old Hall, who turned out to be the secret benefactor. She opened the gates with a golden key and planted a Red Oak tree which was given its own commemorative medal.

In 1905 the memorial to JP Joule, a famous Sale resident, was unveiled in the park and in 1950, the Golden Jubilee of Sale Park saw it rightly renamed to honour Mary Worthington to Worthington Park.

I’m sure many of the locals have come to appreciate Worthington Park, even more, in recent times with all the lockdown restrictions. A special thanks must go out to Friends Of Worthington Park who are a group of volunteers that safeguard and help improve the facilities in the park, along with Trafford Council. It’s down to these amazing volunteers that the Park retains its prestigious Green Flag Award Status.